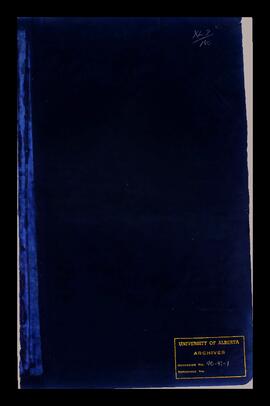 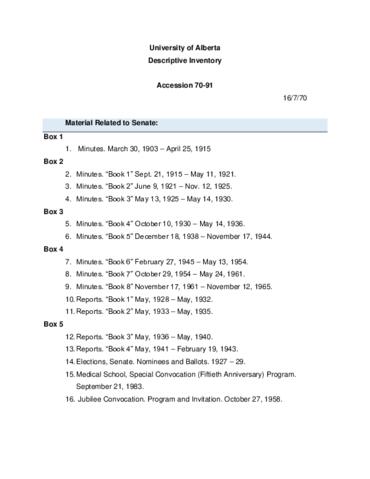 For the first two years of the University's existence President Tory undertook the duties that would normally have been those of the Registrar. In 1910, as the number of students expanded into the hundreds, the first full-time Registrar was appointed. The Registrar's office administers policies and regulations regarding student admissions, student records and course scheduling. The Registrar publishes the University's calendar and undertakes an external role in high school liaison and in inter- University committees on related topics - transfer credits, for example. In the area of student records and admissions the Registrar has become responsible for tens of thousands of students and courses. This has involved substantial innovations in computing technology. Finally, the Registrar assumes much of the responsibility for the convocation ceremonies that attend the annual graduation of the University's student body. Registrars: 1910-1927 Cecil Ethelbert Race; 1927-1928 Ernest Wilson Sheldon (Acting); 1928-1946 Albert Edward Ottewell; 1946- 1956 Geoffrey B. Taylor; 1956-1978 Alexander D. Cairns; 1978- 1979 Lynn P. Morgan (Acting); 1980-1984 William A. Blanchard; 1984- Brian J. Silzer.

Accession consists of minutes, reports, office files and other material for: Senate, General Faculties Council, Departments and Schools of the University.