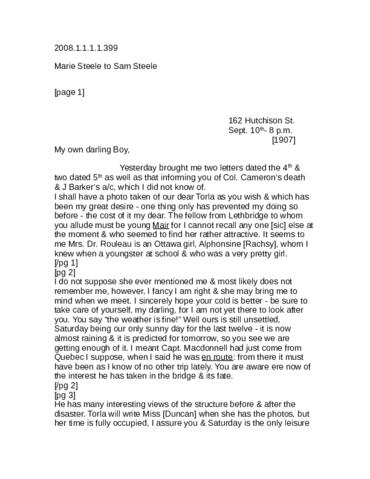 Handwritten letter from Marie in Montreal to Sam in Calgary, dated September 10th, 1907. Marie explains to Sam her business dealings with "Morgan's" and problems in purchasing furniture on a down payment system.