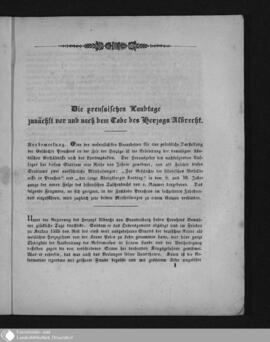 The majority of the collection consists of annual reports of a large number of German high schools (mostly Gymnasium) accompanied by a treatise (Abhandlung). Most treatises are in German, a small number in Latin. The majority of the collection was published in the 19th century, with a few going back to the early 1700s. Organized and bound by the subject of the treatise. Here are the largest sets:
Kleine Schriften zur klassischen Philologie –166 volumes
Kleine mathematische Schriften – in two series, I-XVII and 1-38
Kleine pädagogische Schriften – in 3 series, approx. 50 vols.
Kleine historische Schriften, I-LXXXII (approx. 3 shelves, incomplete)
Kleine theologische Schriften I-XXX
Kleine naturwissenschaftliche Schriften – this set includes doctoral dissertations in natural sciences, mostly from the Rostock University (Inaugural-Dissertation der philosophischen Fakultät der Universität Rostock).
Inaugural dissertations can be found in some of the other sets too, in the following languages: German, English, Latin, and French.
There is also a set of reports that don’t include treatises: Jahresberichte ohne Abhandlungen – about one shelf.
Another small run of 10 vols. is called Schulprogramme, where the accompanying lectures, speeches, and essays are on various topics, including school histories.
A number of the volumes have the stamp of the “Biblliothek des Grossherzogl. Real-Gymnasiums Ludwigslust”.