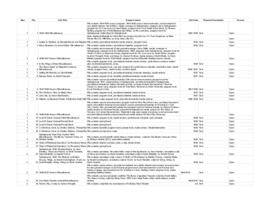 Workshop West Theatre was founded in 1978 by Gerry Potter, MFA, University of Alberta, with a three-fold mandate: participate in the growing new Canadian Theatre; provide more stage access for Alberta playwrights; develop playwrighting talent in Alberta. As part of this program the Playwrighting Circle was actually in operation before the theatre staged its first production. In the early years, new plays were not necessarily developed for first production by Workshop West, but this practice changed by the mid-1980s, inspired in part by the success of Theatre Network in developing and staging new works. In 1985, Workshop West initiated a short-lived “Playwriting Ensemble,” of eight theatre artists. Over the next two years the ensemble worked collaboratively to produce new collective works (e.g. It’s Your Turn to Get Up) and to adapt stories from other media (e.g., Sweatlodge Tales and The Rich Man). In 1986, Workshop West unofficially changed its name to Workshop West Playwright’s Theatre, a name that appeared sporadically on programs and publicity for the next five years. In January 1995, while on leave, Potter resigned as Artistic Director. His legacy includes four Sterling Awards for Outstanding New Play, two Governor General’s Award nominations, and one Chalmers Award. Among the important playwrights to have worked at or been produced at Workshop West during Potter’s term were Frank Moher, Brad Fraser, Raymond Storey, Conni Massing and Stewart Lemoine. David Mann, who was already serving as an interim leave replacement, succeeded Potter as Articstic Director. Mann continued the Springboards New Play Festival that originated in March 1995 as part of the new work development process. Workshop West has operated out of several venues. In its early years, it suffered from lack of a regular home. It moved into the Kaasa Theatre in the Northern Alberta Jubilee Auditorium in the 1983-84 season, and operated from that space until the 1996-97 season. In 1996-97, one show was staged at the Kaasa; one at the Roxy, a co-production with Theatre Network (whose home is the Roxy); and two at the 3rd Space, at 11516-103 st. (the home of Northern Light Theatre). In the 1997-98 season, Workshop West moved out of the Kaasa completely, to produce out of the Roxy and the 3rd Space.

The records consist of administrative, production and play development records. There are eleven series in this fonds: Administration, Development, Finanical Records, Fundraising, Production Records, Publicity, Subscription, Miscellaneous, Contracts, Oversized Items, Photogrphs. While the bulk of the records are textual, the fonds also contains production photographs, set designs, promotional materials, and posters. The files in this accession are arranged in chronological order within the separate series beginning with the administrative files. The fonds also contains the University of Albertaâ€™s Drama 681 course materials, resumes, diaries and weekly reports by artistic director Gerry Potter from 1981 to 1992.