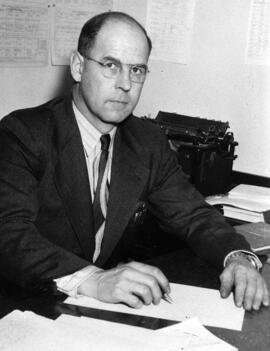 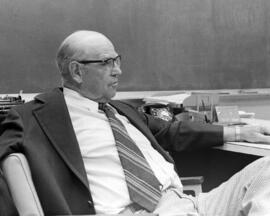 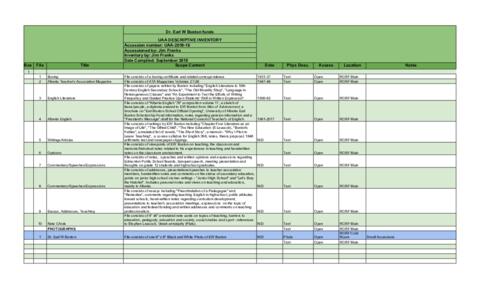 Dr. Buxton’s academic achievements continued throughout his career, typified by attainment of a Master of Arts degree from the University of Washington in 1954 and a PhD. From Stanford University by 1958. He was made an honorary life member of the Alberta Council of Teachers of English. Throughout his long teaching career he was a member of many other teaching associations including the Alberta Teachers Association, Canadian Association of Teachers of English and the National Council of Teachers of English. During his tenure at the UA he was Director of the Faculty of Education’s Field Experience Program (1956-59) and a member of the Provincial Curriculum Committee on High School English (1956-66). He was also a member of the Edmonton Public School Board from 1963-1968 wherein, he became Chairman of the Board in 1968. Dr. Buxton authored numerous articles for education journals on topics of teaching literature, language and composition including his dissertation - “Effects of Practice on Students: Skill in Written Expression”. He both wrote and was an editor of teacher reference and high school text books including “Creative Living”, “Points of View”, and “Prose of Education”.
William Buxton was also a very fine amateur boxer, winning various championships including the Alberta Welterweight Championship (1930), Alberta Middleweight Championship (1931) and the Inter-Varsity Championship (1936-37).

Dr. Buxton passed away on December 20th 1977 while residing in Palm Springs, California. He was survived by his wife, two daughters and one son.

Fonds consists of records created as part of the career of Earl William Buxton.

Good. some indication of lignin burning due fastners (oxidization).

None - Open for Research