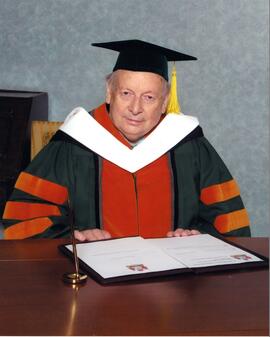 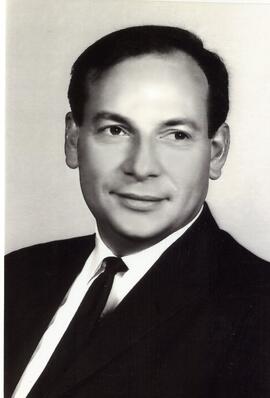 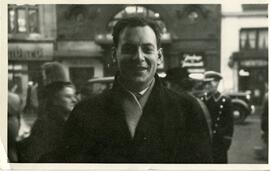 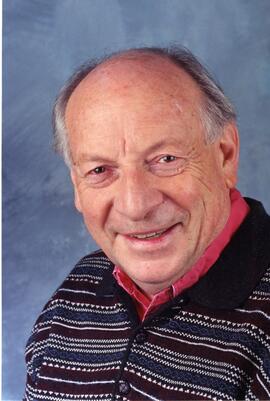 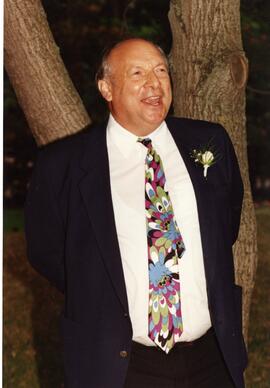 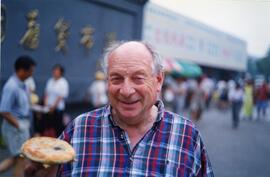 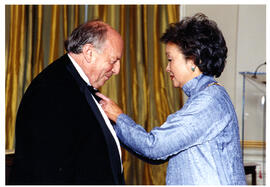 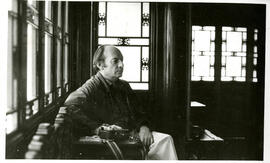 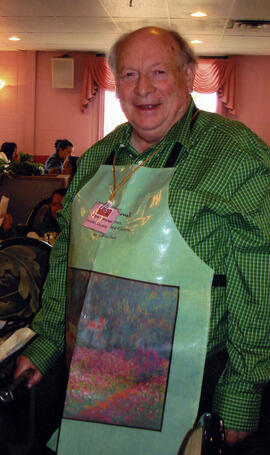 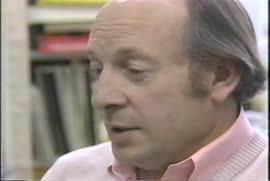 Brian Llewellyn Evans was born in Taber, Alberta, Canada on October 5, 1932. He was educated at the University of Alberta where he earned a B.A. (European History) in 1954. He subsequently, earned a Ph.D. (1961) in Chinese History at the School of Oriental and African Studies, University of London. He developed an early fascination with China which became a lifelong passion. While studying in London, he married his wife of many years, the late Margo Burwash. From 1961 until his retirement in 1996 he taught Chinese and East Asian History at the University of Alberta. He also developed the teaching of Asian languages and student exchanges with universities in Asia and elsewhere.

Dr. Evans was appointed assistant professor of history (September, 1961) at the University of Alberta where he began his teaching and research career. There, he introduced the first courses in East Asian Studies and pioneered the field of Chinese and Asian history, more broadly. He was associate professor in 1967, Chair of the Department of History in 1968-73, and was appointed full professor in 1973.

In 1973-74, Brian was seconded to the Canadian Embassy in Beijing as Counsellor in Charge of Cultural Affairs. He later served as an Advisor on Academic Relations with the Department of External Affairs, Ottawa, and as an advisor to the federal and provincial governments on China policy.

During his tenure at the University of Alberta, Dr. Evans served as Chair of the Departments of History and of East Asian Languages and Literatures, as well as, Associate Dean of Arts for the Social Sciences. He was later appointed Associate Vice-President (Academic) for International Affairs in 1985, and subsequently served as the University's Coordinator of International Affairs.

Professor Evans played an active role in the development of the B.A. with a specialization in East Asian Studies. He was instrumental in the creation of the Department of East Asian Languages and Literatures, of which he served as Acting Chair in 1981-82. He also served at the Department of External Affairs as Cultural Counsellor and Sinologist in Residence at the Canadian Embassy in Peking (1973-74).

Since retiring in 1996 Dr. Evans made annual visits to universities in China, giving lectures and attending conferences on World Civilizations and Canadian Studies.

Dr. Evans was the recipient of many honours and awards, amoung them include the Order of Canada (2000), the Queen's Jubilee Medal (2004) and the Alberta Centennial Medal (2005). He received an Honorary Research Membership of the Chinese Academy of Social Sciences in Beijing (2006) along with the appointment of Adjunct Professor of History by the Northeast Normal University in Changchun, Jilin, China (2006) and a life long honorary membership of the Edmonton Chinese Benevolent Association.

In 2001, Brian was awarded the Order of Canada in recognition of his outstanding role in establishing Chinese and East Asian studies in Alberta and in advancing the Alberta Chinese community

The Dr. Brian Llewellyn Evan fonds is a very rich and diverse acquisition of materials depicting the life and primarily teaching and research career of Brian Evans. The fonds comprises a broad scope of records comprising mainly of textual materials reflective of his teaching, research travel and role as a professor of history, University administrative functions in various roles and his involvement with the Chinese Community in Alberta.

The fonds is in very good condition - a few items noted as being subject to minor water damage.

The materials was acquired directly from the Executor of the Estate - Dr. P. Prestwich.

The materials are arranged in accordance with media type and sequentially numbered by file. Audio-visual material have been removed the fonds and housed separately. The main textual material is arranged via the principle "respect des fonds". It has been retained in original order with the materials placed in archive acid-free folders and identified according to original titles where possible. The textual materials are numbered sequentially with each file described in a descriptive inventory. The A-V materials have been separated by media type and described via a separate A-V inventory. This full descriptive inventory is linked to the main inventory and captures where the A-V items were originally housed within the collection prior to removal.

The vast majority of the acquisition is open for research. Only two files comprising evaluations of individuals are identified in the descriptive inventory as being subject to disclosure at the discretion of the archivist.

The fonds is open to research.

No further accruals are expected at this time. See notes below.

Some additional materials remain with the Executor of the Estate. There is a possibility of an additional donation of items.