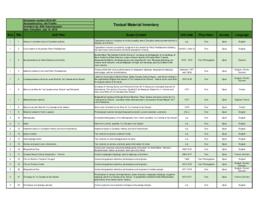 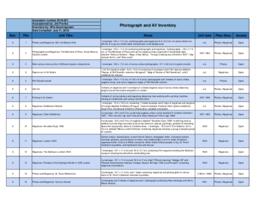 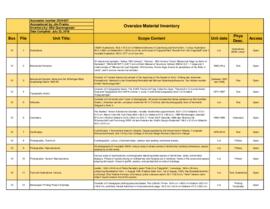 Walter Jungkind was born on March 9, 1923 in Zurich, Switzerland. Jungkind studied at the Kunstgewerbeschule Zurich and was an apprentice at Orell Fussli AG publishing house. He moved to London, England in 1950, where he worked in design and began his family. Jungkind taught graphic design at the London College of Printing and Graphic Art from 1960 to1968 before moving to Edmonton, Alberta in 1968 to teach at the University of Alberta (U of A). He began as a Visiting Professor at the U of A before being promoted to Professor. At the U of A he assisted in the development of the Division of Visual Communication Design, while becoming a well known designer.

During his career at the U of A Jungkind designed for international design exhibitions at the University along with his colleagues. These exhibitions included the Dutch Design for Government Institutions and book design in Switzerland and Swiss Museum Posters. In 1979, Jungkind hosted and produced a five episode television series for CTV and University of the Air.

He established the designed guides for the U of A and it’s various publications. Parks Canada commissioned Jungkind, along with his students, to produce a series of posters and a mural for an international poster competition for the 1983 Universiade.

Jungkind was President of the International Council of Graphic Design (Icograda) from 1974 to 1977 and was invited to provide greetings at the International Council of Industrial Design (ICSID) in Moscow in 1976. He was a Fellow of the Society of Graphic Designers of Canada and Fellow of the Chartered Society of Designers of Great Britain.

Throughout his career he received various awards including the Icograda Award for Design in the Education Field (1972), the Medal of the Royal Canadian Academy of Arts (1976), Award of Excellence from the Type Directors Club of New York (1979), and the Chairman’s Award of Merit of the National Design Council of Canada (1979). In 2012, he was nominated and awarded the Icograda Achievement Award.

Jungkind retired in 1990, becoming a professor emeritus and continuing to take part in the design community. He was married to his wife Jenny and had four children; Jennifer, Christine, Stefan, and Brigit. Jungkind passed away on August 29, 2013.

Records created and collected by Jungkind and remained with his estate until donated to the UAA in 2018 by his daughter.

The textual material consists primarily of draft copies and sources for the English translation "Le Canada et les Suisse" titled "The Swiss in Canada (since 1604)" an an assortment of material related to professional activities at the University of Alberta and internationally.

Photographic material are primarily personal photos for vacations and Icograda conference trips Jungkind took of the design and architecture of buildings, signs, cityscapes, and landscapes of his destination.

Oversize material contains an assortment of posters from other sources and includes posters for the 1978 Commonwealth Games held in Edmonton.

Condition of the textual material is overall good. Few photographs have slight water damage. The majority of the collected posters are in good condition with a few with tears due to the fragile paper.

The majority of the accession is in English however there are quite a few textual records in various languages which are indicated on the Textual Inventory.