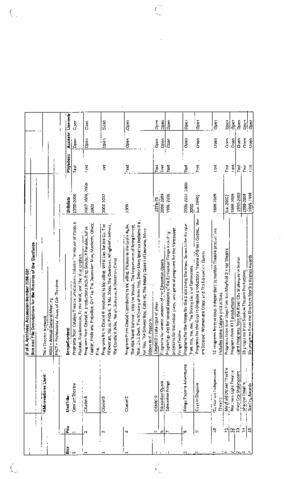 Actor, Volunteer, Historian, 1922-. Mary Glenfield was born in Wales and immigrated to Canada in 1951. Upon entering Canada, Ms. Glenfield settled in Edmonton and immediately became active in the fledgling Edmonton theatre community. Though she acted in numerous plays over the years, Ms. Glenfield also played a significant role in the administrative development of Edmonton theatre. Along with her husband Frank, Ms. Glenfield was a founding member of the Walterdale Theatre (also known as the Edmonton Theatre Associates) in 1958 and was an enthusiastic booster of the idea of the fledgling theatre company occupying a permanent space, a first for community theatre in Edmonton. Ms. Glenfield remained involved with the Walterdale and Edmonton theatre over the years both as an actor and as a volunteer. She also began taking courses at the University of Alberta in 1962 and graduated with a B.A. in 1992. Upon graduation, Ms. Glenfield elected to continue her studies, and in 2001, completed an M.A. in Drama. Her unpublished thesis, The growth of theatre in Edmonton: from the early 1920s to 1965, is one of the only sources of information documenting the early years of Edmonton's theatrical heritage