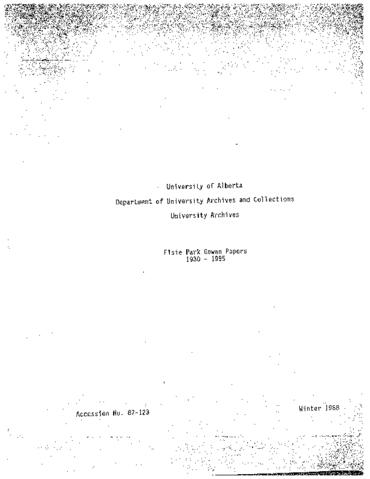 Playwright, 1905- . A graduate of the University in 1930, Mrs. Gowan wrote for radio, stage and television productions, mainly on themes and events in Canadian history. She was a major contributor to the National and Alberta School Broadcasts. Mrs. Gowan served as Chief Factor of Fort Edmonton Park, and has received an honorary Doctor of Laws degree from the University of Alberta. She has taught radio and drama writing at the Banff School of Fine Arts and Queen's University, and is an instructor for senior citizens' creative writing classes.