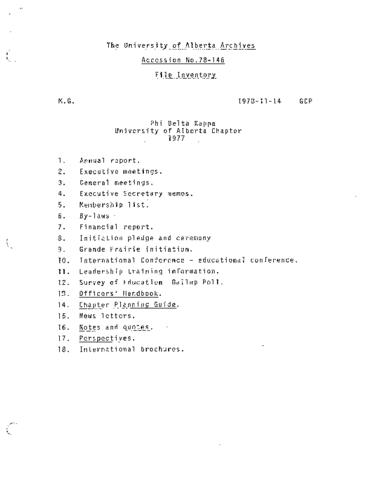 Formed in 1906, Phi Delta Kappa is an international fraternal and honorary society for professional educators which has the aim of promoting quality education, particularly publicly-funded education, as necessary for a democratic society. The University of Alberta Chapter (also referred to as the Epsilon Omega Chapter) has close, though not exclusive, ties with the Faculty of Education through its general membership and an ex officio faculty liaison officer on its executive. It supports activities at the international level, which include program and research sponsorship, conferences, and public relations.

Meeting minutes and other activity records