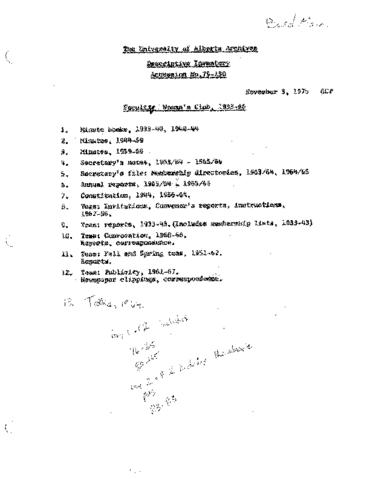 The Faculty Women's Club is social in nature and open to female academic staff and the wives of professors. It has sponsored events on campus, the Convocation Tea for example. Public speaking (Cicero Club), investments (Mardi d'Or), and gourmet cooking have been some of the special interest groups of its members. During the year of the University's 75th anniversary and the Club's 50th anniversary, the members initiated two oral history projects: interviewing female professors and staff members and the wives of retired male professors; and publishing a book based on the interviews from 'Women in Sport at the University of Alberta'.