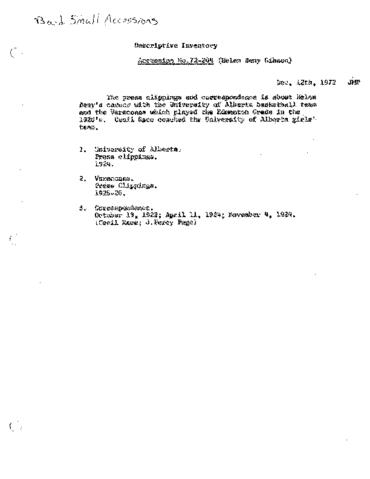 Politician, Community worker, 1902- . Helen (Beny) Gibson graduated from the University of Alberta in 1924 with a Bachelor of Arts. She was active in student activities, especially basketball, being a member of the University team and, after her graduation, the Varsconas. The Gibson family moved to Medicine Hat, where Mrs. Gibson became a member of the Separate School Board, an alderman, and a community worker. In 1967 she received an honorary LLD from the University of Alberta, and in 1973, the Order of Canada.