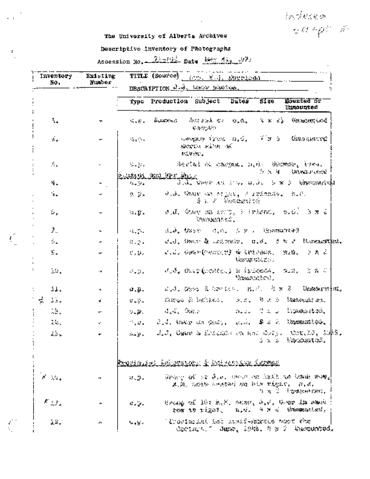 Pathologist, Administrator, 1885-1962. After serving with the Royal Canadian Army Medical Corps during World War I, John J. Ower joined the University in 1919 as pathologist and provincial serologist for the Provincial Laboratory of Public Health, and as first professor and head of the Department of Pathology. In addition, he served as acting Dean of Medicine from 1939 to 1944 and as Dean proper from 1945 to 1948. He retired in 1951 as Professor Emeritus of Pathology.