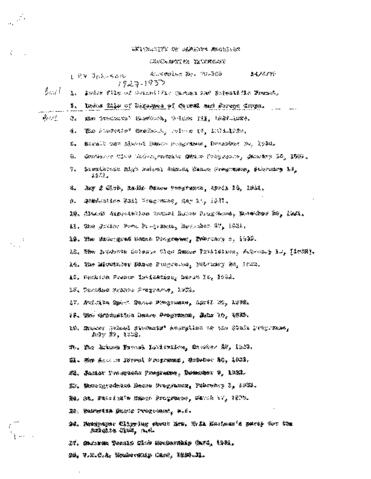 Plant geneticist, Author, 1905-1983. LeRoy Johnson obtained his BSc (1931) and MSc (1933) in Agriculture at the University. After holding positions with the National Research Council and the Universities of Florida and Washington State, he returned to the University of Alberta in 1948 as associate professor of genetics and plant breeding. He became professor the next year and chair of the Department of Genetics from 1969 until his retirement in 1970. A researcher in forest trees and field crops, his work led to the licensing of two new strains of barley. Besides his publications on agronomy, he wrote short stories, novels and a biography of William Aberhart in collaboration with Ola (Aberhart) MacNutt.