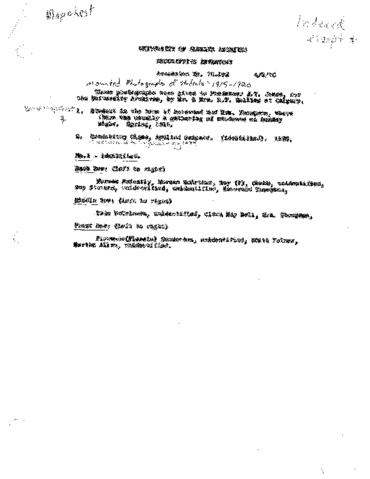 Accession consists of photographs of students.