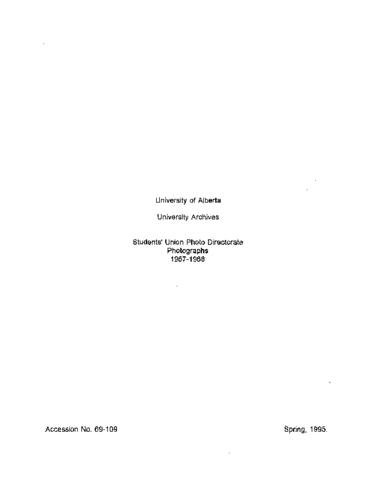 Accession consists of photographs from the Students' Union.