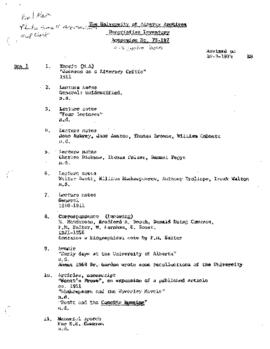 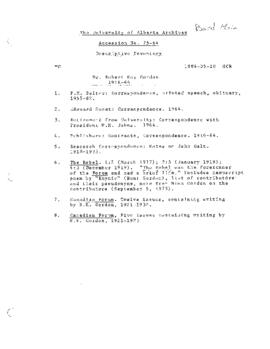 English scholar, Administrator, 1887-1973. R.K. Gordon joined the University staff in 1913, having graduated from Toronto and Oxford Universities. In 1936 he was appointed head of the Department of English and from 1943-1945 he acted as Dean of the Faculty of Arts and Science. The Royal Society of Canada elected him a fellow in 1936. Dr. Gordon published widely in his field of English literature, his great love being Chaucer. He retired from the University in 1950.