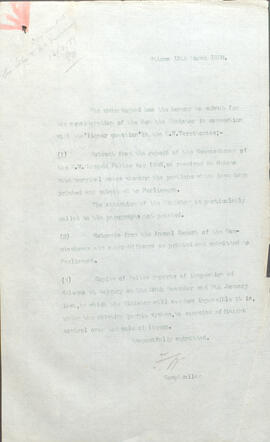 Mimeographed Copy of Memo from Comptroller to Hon. Minister in Ottawa

Typed letter dated in Ottawa, March 12, 1889. It is a submission to the Honourable Minister providing documents for consideration in connection with the “liquor question” in the North West Territories. It is signed by Comptroller "F.H."

The memo outlines the documents attached: