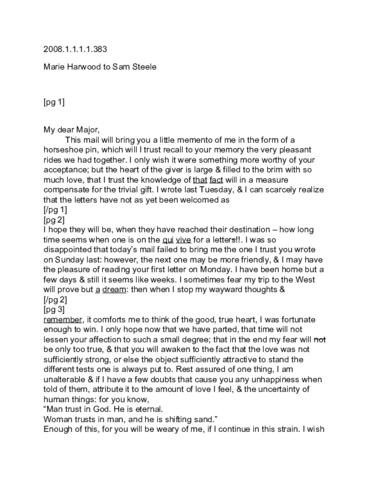 A handwritten letter with envelope from Marie Harwood to Sam Steele at Fort Macleod, 17 Dec. 1888.