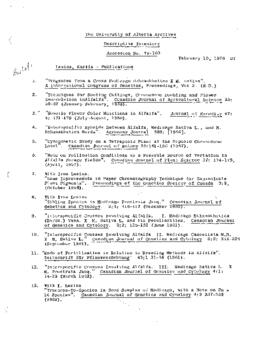 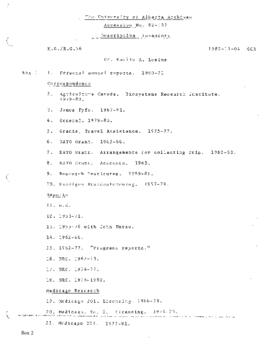 Plant geneticist, 1906-1982. Karlis A. Lesins, DSc, was appointed to the Department of Plant Science at the University in 1954. He held the position of research professor of Genetics and Plant Breeding from 1962 to 1971 and was named Professor Emeritus on his retirement. His career focused on the study of medicago, in particular the development of a self-fertilizing strain of alfalfa.

Fonds consists of records pertaining to Karlis Lesins of the Department of Plant Science at the University of Alberta.