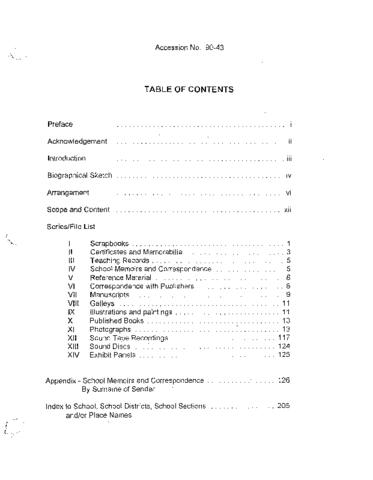 John Constantine Charyk was born at Glenbow, Alberta in 1908. He received his early education at Lake Louise, Canmore, and Calgary East High School. Upon graduation from Calgary Normal School in 1928, Mr. Charyk took up a teaching post at Bryant School, a one-room rural school north of Bindloss, Alberta. He also taught at Delia and Chinook before moving to Hanna in 1954, where he served as Principal of the Hanna
High School until his retirement in 1973. Charyk's teaching career was interrupted only by WWII, during which he served as a Flying Officer in the RCAF, stationed in England.

Earning a B.Sc. (1938), B.Ed. (1942), and M.Ed. (1949) from the University of Alberta, John Charyk had a distinguished career as an educator. He received numerous awards in recognition of his achievements and contributions to education, including a life membership in the Alberta Teachers' Federation. In 1971 he was made a Fellow of the Canadian College of Teachers, and in 1981 the citizens of Hanna renamed the high school the "J.C. Charyk Hanna High School" in his honour.

His first book received the Award of Merit from the American Association for State and Local History, and Syrup Pails and Gopher Tails became a Canadian best-seller.

John Charyk and his work have also been featured on many radio and television programs. During 1974-75 he had a radio program on CJDV Drumheller, giving daily fiveminute talks describing life on the prairies in the early days. His tape recordings of "Sounds of a Prairie Town" were used by CFAC Calgary and CBC radio. In addition Mr. Charyk maintained a busy schedule as a historical researcher and lecturer, sharing his
knowledge and his collection of slides with school children and community groups.