The Media and Public Relations subseries contains 28 files on the media representation of the Human Rights Institute of Canada including publicity and responses to current events, media bias, letters to the editor, articles supporting the same causes as the Human Rights Institute of Canada, and the misrepresentation of the Persons Case in popular media. Files are mainly arranged by media outlet while general correspondence is arranged chronologically. This subseries contains a variety of document types including newspaper clippings, correspondence, memorandum, press releases, newsletters, transcripts of telephone conversations, and speeches. The specific topics this subseries covers are Persons Case II, bilingualism in Canada and in the city of Ottawa, Quebec as a distinct society, Canadian history, relocation of Inuit people to the high arctic in the 1950s and the resulting Royal Commission on Aboriginal Peoples, the Meech Lake Accord, the Oka Crisis, the Official Languages Act, the expropriation of Nanoose Bay, the New Brunswick constitutional amendment, the constitution, Israeli-Palestinian conflicts, treatment of women in legislation, stalking, misappropriation of government funds, audit reports, and the life of Muriel McQueen Fergusson as the first female speaker of the senate.

THE FAILURE OF JUSTICE-DESTRUCTION OF FAMILY BUSINESSES IN CANADA

The Failure of Justice – Destruction of Family Businesses in Canada subseries contains six files discussing a law suit Marguerite Ritchie’s brother, Robert H. Ritchie, and father, Allan I. Ritchie, faced over trade mark registration. Files are arranged chronologically. This subseries includes a variety of document types including correspondence, memorandum, legal research, transcripts, and court documents. The Ritchie’s were sued over the trade mark registration for a product they sold called Perm-O-Seal. The years-long law suit forced them to stop using the product for the duration of legal proceedings. The case was settled in favour of the Ritchie’s, however the drawn out legal case damaged their business.

The Women – Challenges to Injustice - Abortion subseries contains 15 files discussing abortion law and the Henry Morgentaller case. Files are arranged by material type. This subseries contains a variety of document types including correspondence, memorandum, newspaper clippings, interview transcripts, House of Commons debates, court documents, press releases, briefs, Senate debates, newsletters, magazines, studies, booklets, posters, law reviews, historical research, and documents for the Morgentaller case. The specific topics this subseries covers are specific cases charging people with performing abortions, reports on abortion laws worldwide, historical research on abortion laws and practices in the 19th and 20th century, legislation restricting performances of abortion to medical doctors, a presentation from the Human Rights Institute of Canada to a legislative committee studying a bill on abortion, public opinion surveys on Canadians’ opinion on abortion, landmark Supreme Court case that held that the father could not stop a woman from having an abortion, and working papers with arguments against abortion.

VOLUNTEERS IN THE HUMAN RIGHTS INSTITUTE OF CANADA

WOMEN-WOMEN'S PROGRAMS WITHIN THE FEDERAL GOVERNMENT

The Women – Women’s Programs within the Federal Government subseries contains 5 files discussing the status of women in society. Files are arranged by material type. This subseries contains a variety of document types including fact sheets and background information, correspondence, reports, presentations, newspaper clippings, press releases, and government publications. The specific topics this subseries covers are the status of women in the labour force, political and social equality of women, childcare for working mothers, and biographical information on Sylva Gelber, Director of the Women's Bureau of the Canada Department of Labour.

The Betrayal of Canada.

At Twilight in the Country: Second Draft.

The Vanishing Country: Is it too Late to Save Canada.

Contains interviews conducted by the University of Alberta, with Maclean's magazine, and with the C.B.C. Also includes requests for interviews.

As the Crow Flies.

Part of Legion of Frontiersmen Collection

Roger Pocock's pocket diaries, containing daily notes about his activities, from 1905, 1907 through 1917.

The Constitution of Canada – Government of Canada – Parliament – Falsification of History and Constitution subseries contains 16 files discussing Canadian history and modernising traditions. Files are arranged by topic. This subseries contains a variety of document types including newspaper clippings, correspondence, research, notes, memorandum, reports, press releases, and magazine articles. The specific topics this subseries covers are Canadian history including the On to Ottawa Trek and the Winnipeg General Strike, whitewashing history, censorship to avoid offending minorities and francophones, the importance of the Magna Carta, hanging portraits of French monarchs from the age of “New France” in Canadian Parliament, changing the lyrics of “O Canada” to be gender neutral, renaming federal departments, honouring French historical figures with statues on Parliament Hill, changing immigration tests to reflect modern political ideology, bilingual health care services, changing the flag of Canada from a Union Jack to a maple leaf, Canada distancing itself from Britain, and proposals to remove the Queen of England as the Head of State.

The Meeting the First Peoples of Canada – Native Associations subseries contains 9 files discussing aboriginal self-government and status rights of aboriginal women. Files are arranged by source organization. This subseries contains a variety of document types including correspondence, reports, newsletters, memorandum, speeches, court documents, press releases, and presentations. The specific topics this subseries covers are aboriginal rights, research conducted by Marguerite Ritchie on behalf of aboriginal associations and councils, amendments to the Indian Act to end discrimination against aboriginal women, amendments to the Indian Act requiring bands to readmit women with reaffirmed status, aboriginal self-government across Canada and with respect to Quebec sovereignty, and solidarity between different aboriginal nations and bands.

The Government of Canada – Provinces – Political Warfare subseries contains 11 files discussing major issues faced by each province. Files are arranged by province. This subseries contains a variety of document types including newspaper clippings, press releases, House of Commons and Senate debates, correspondence, memorandum, and legislation. The specific topics this subseries covers are oil sands in Alberta, fishing in Newfoundland, polygamy in British Columbia, provincial politics, relationships between the provinces and the federal government, the Meech Lake Accord, and bilingualism in Ontario and New Brunswick. Note that Quebec is not included in this subseries.

Photographs of an older 'Punch' Dickins, his family and friends. 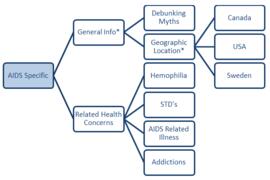 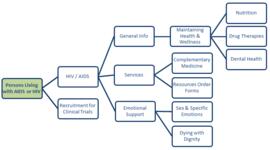 Old Sleuth Weekly follows a varied publication schedule: bi-monthly and weekly. The format is 8 x 11 inches with 32 pages. Issues cost 5 cents. Pictorial covers are coloured. All novels are signed by Old Sleuth; they consist primarily of detective stories reprinted from the OS Library, with some new stories.

Faculty of Arts and Science