Accession consists of thirteen play-scripts and screenplays by Ben Tarver were purchased by UA Libraries from Cloud Hill Books. These items include Diana (Diana Has Her Portrait Painted in Taos), The Savage Dream, End the Beguine, Cross and Cockade, The Windy Well Affair, Columbus, Alamogordo, The Murder of Auguste Dauphin, Blind Goddess, Blaze of Glory, Free Trade, Flying Heart and Dr. Barry. As well, the material comprises a binder of 2" x 2" slides (approximately 580) received by UAlberta North which had discovered it within the materials they received as successor to the Canadian Circumpolar Institute (CCI). 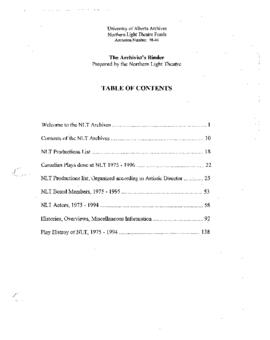 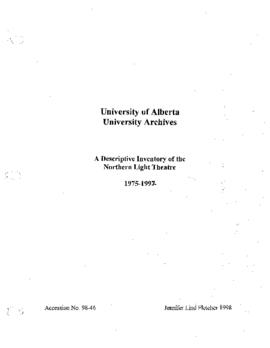 The book hunter's map of Winnipeg

Postcard collector: The marketplace for postcard and paper collectibles

Mugwumps: The classified market-place of folk instruments for sale

Priced catalogue of stamps of the British Empire