The Provincial Fitness Unit of Alberta

The Provincial Fitness Unit of Alberta

The University of Alberta Mixed Chorus fonds housed in the University Archives span a period of more than forty years, and provide a valuable record of a long-standing University organization (approaching its 60th anniversary of operation). The Mixed Chorus was, and remains, an active contributor to University society, as well as the broader surrounding community because of its annual province-wide concerts and related public appearances. The Chorus is significant to the history of the development of choral music in Alberta, and its individual members and directors contributors in their own right to the province's musical growth.

The records have been arranged and described in two broad series and several sub-headings, with a basic chronological order maintained within each series. The textual files provide information about the early years of the Chorus' existence, particularly the years from 1946 to about 1971. Files maintained by the executive and directors (Richard Eaton and James Whittle) are significant for the information they provide about the Chorus' yearly operations and activities. Information in the files after the Whittle years is sketchier, and more incidental in nature. The textual files include correspondence, clippings, some meeting minutes, membership lists, the organization's constitution, and evidence of the planning and fundraising required to orchestrate the annual UAMC Spring Tour.

Series 1 consists of the Executive/Director files with sub-series providing information about membership; social activities, commemorative/historical records, and publicity and promotion files. Correspondence to and from members of the executive was filed together (in the form of scrapbooks in the 1940's), with correspondence maintained by the Chorus director. Where possible, the original order of the files was maintained, while the series and sub-series titles were assigned by the archivist to reflect the record function.

Series 2 is the Performance-related records, comprised of printed programs, sound recordings, and photographs. As noted earlier, the sound recordings form the largest component of the Mixed Chorus fonds. They include both taped recordings (cassette and reel-to-reel) as well as disc recordings. The photographs, numbering over 1200 in quantity, include prints, negatives, and a few transparencies and contact sheets. While the photographs do vary in quality, they provide important documentation of Mixed Chorus performances, social activities, and tours. There are excellent images of the Chorus's 40th anniversary activities taken by Hal Kinsey, as well as the annual formal photographs of the Mixed Chorus. Various alumni have sent copies of their personal photographs to the Mixed Chorus executive, adding to the views of the annual Spring tours, and various Chorus social events. 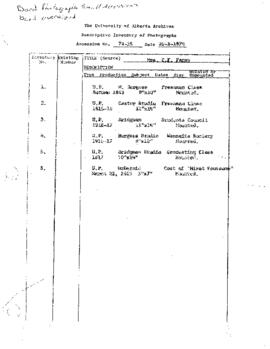 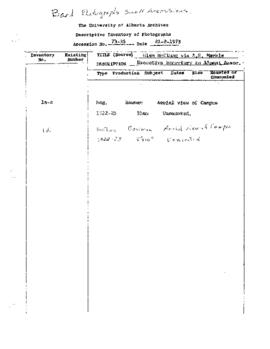 Aerial photograph of campus by Bowman

Office of Dean of Men and Foreign Student Advisor 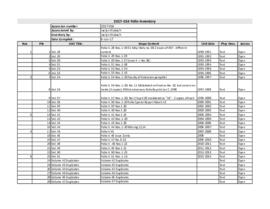 Notes, correspondence, and other documentation for the planning of the 25th, 30th, 35th, 40th, 45th, and 50th reunion of the Medical class of 1948. Also includes photographs of the various reunions.

Journal articles and planning and research reports for Alberta Education by Harry Wohlfarth on the effects of light and colour on childhood learning. 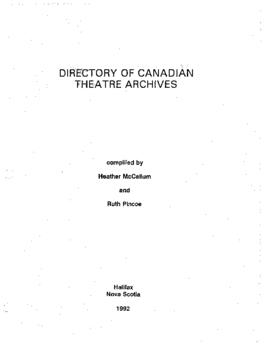 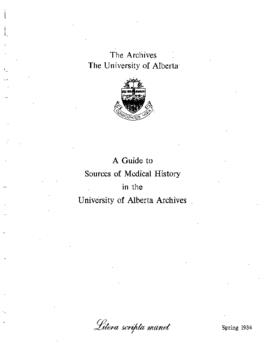 Metis History – Sources relating to the Metis of Manitoba, Saskatchewan, and Alberta 1910-1940 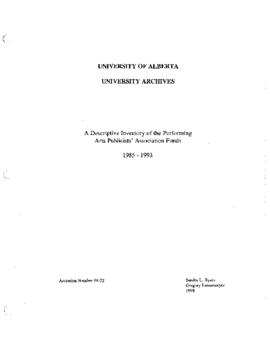 Fonds consists of records pertaining to Dr. Evan Greene and the Department of Anatomy.

Fonds consists of records pertaining to Leslie Gue and his work as an educator.

Fonds consists of records pertaining to Karlis Lesins of the Department of Plant Science at the University of Alberta.

Fonds consists of records pertaining to Travis Manning and the Department of Agricultural Economics (Rural Economy).

Fonds consists of records pertaining to Plant Scientist Dr. Arthur McCalla of the Faculty of Agriculture.

Fonds consists of records pertaining to Patricia McCormack and her work as an anthropologist.

Fonds consists of records pertaining to Linda Pott's work as a Drama teacher.

Fonds consists of records pertaining to the Faculty of Agriculture.

Fonds consists of records pertaining to Ralph Faust and his work in the Department of Anatomy at the University of Alberta.

Fonds consists of records pertaining to Max Wyman and his work as a mathematician and in the Department of Mathematics at the University of Alberta.

Transcripts of interviews with members of the Slavey Indian Band, 1976-1978. The interviewees talk about their childhood, trapping and hunting, camping, social life, etc. in the "old days". The interviewers are particularly interested in the ways in which the aboriginals used fire in the bush, setting fires around their house or camp to clear the land and facilitate trapping and migration on the prairies.

This multiple media fonds consists of personal and professional correspondence; research and reference materials (original, printed, and photocopied); field and other notebooks; published and hand-drawn maps; microforms; audio and video tapes of individuals and research topics; computer disks and diskettes; drawings and sketches; and photographic negatives and prints. Records include the Sandy Lake, Red Lake, and Round Lake research projects, and the Metis genealogical study. Some of the material is the creation of Mary's husband E.S. Rogers, and some is their joint research.

The fonds includes M.H. Long's published works and records, primarily photographs, relating to his activities as a member of the National Historic Sites and Monuments Board; five photographs depict the unveiling of the Crowfoot Memorial in Gleichen, Alberta.

Fonds consists of records pertaining to the Edmonton Academy of Medicine.

Guild for Medieval and Renaissance Studies

Editorial and institutional files created by the committee working on publishing a critical, bilingual edition of the collected writings of Louis Riel to mark the 100th anniversary of his death.

Universities of Alberta, Calgary, and Sherbrooke

Fonds consists of records pertaining to John Bilsland, the Department of English at the University of Alberta, literature and theatre.

Fonds consists of records pertaining to biochemist, Dr. James Collip and his work regarding insulin, medicine, physiology and biochemistry.