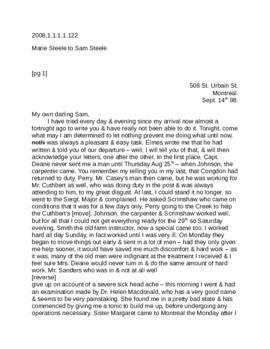 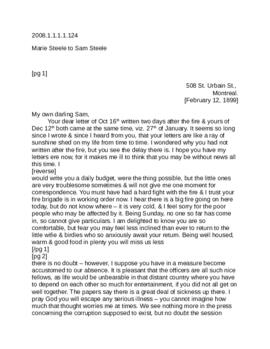 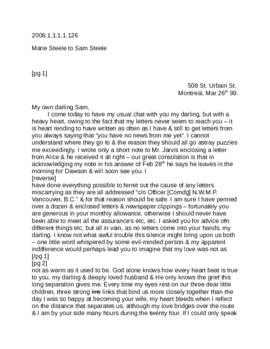 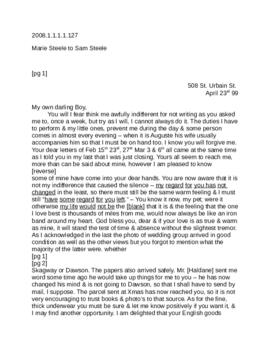 Contains an attached letter from Gertrude Steele to SBS 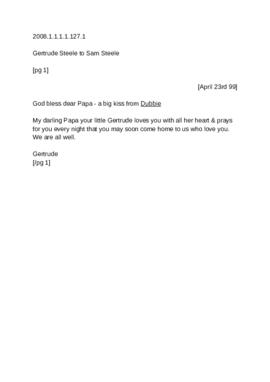 Attached note from Gertrude and Harwood

Attached notes from Gertrude and Harwood Steele to their father, and sent with Marie's April 23, 1899 letter to SBS. 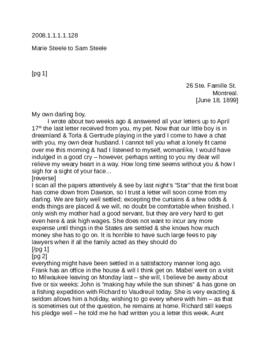 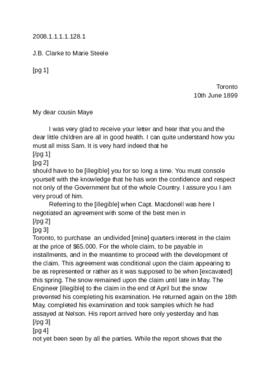 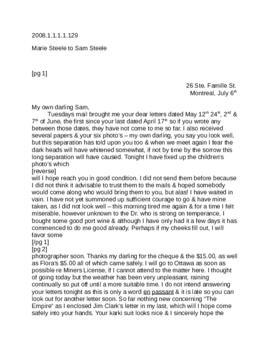 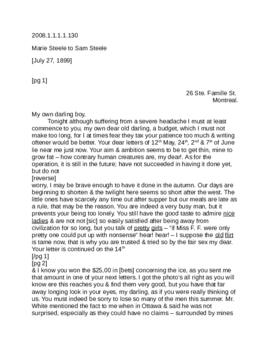 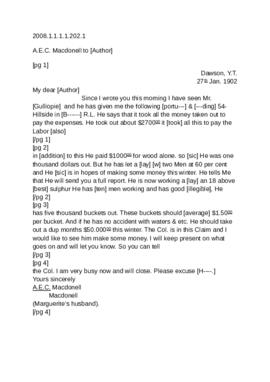 An attached letter from A.E.C. Macdonel in Dawson, Yukon, re: shared mining claim payment, sent with Marie's letter of February 26th, 1902 (in brackets, it is noted that he is 'Marguerite's husband) 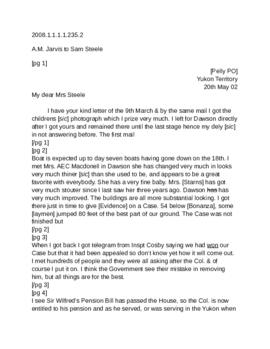 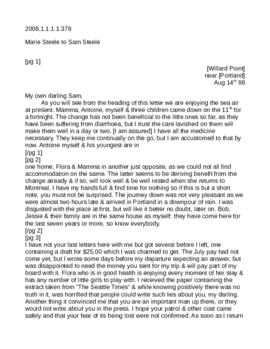 Handwritten letter from Marie to Sam, written while on holiday at Willard Point, Near Portland Mountain, Oregon; 2 pp. and envelope. 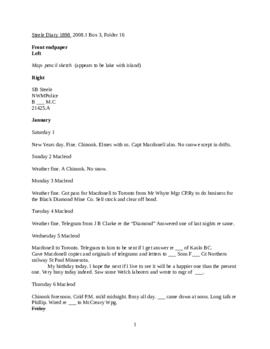 Black leather-bound; hand-written entries, Ft. Macleod to the Yukon Notes at back of diary include lists of Miles Canyon pilots 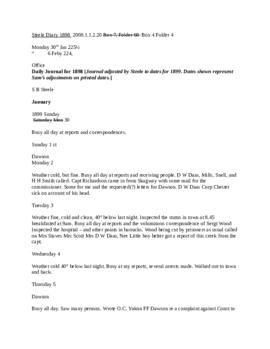 Cloth-bound; hand-written entries List of letters mailed and cash accounts register maintained at back of journal Journal stamped "1898", but used in 1899 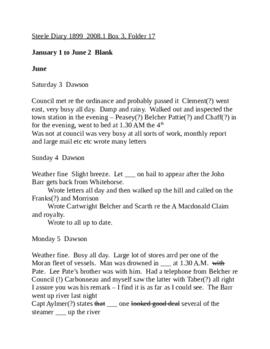 Burgandy leather-bound; hand-written entries; describes leaving the Yukon and travelling back to Ontario Memos, cash accounts and addresses maintained at back of diary See file of separated items from diary