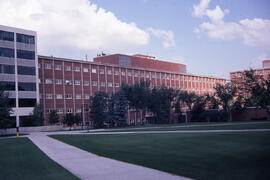 Physical Science Center at the University of Alberta. 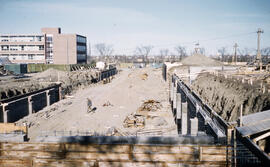 Chemistry building under construction, November 1958. The foundation was contracted out to Poole Construction Co Ltd. 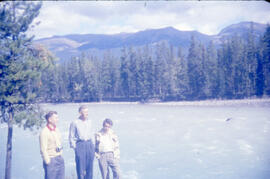 Harris and Friends in the Rockies

Harris and friends standing in front of a lake in the Rockies. Image found inside card from Audrey and Willard F Allen. Willard Allen was a friend and fellow chemistry teacher at the University of Alberta. 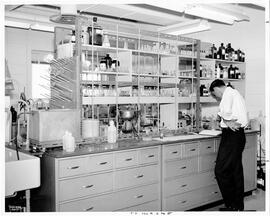 Image of a graduate Inorganic Research Laboratory in the Physical Science Center. Staff office laboratory in the Physical Science Center, with a Fisher zone refiner in the center of the image. Each staff room was accompanied by a private laboratory. 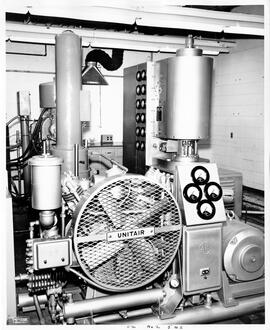 Two technicians at work in the Infrared and Nuclear Magnetic Resonance Laboratory. Machines shown are the Perkin-Elmer 221-G high resolution infrared spectrophotometer to the right and a Cary Model 14 automatic recording spectrometer. 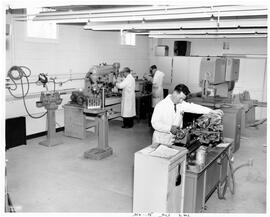 Three Machinists operating tools in the machine shop. The shop was complete with wood and metal-working equipment to create materials for research and undergraduate laboratories. Included in the photograph is a lathes, jig saw, sheet metal bender, grinder, two drill presses, and a welding area. The machine shop was located in the basement of the physics-mathematics wing. 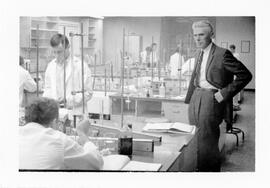 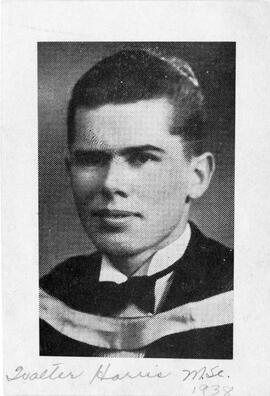 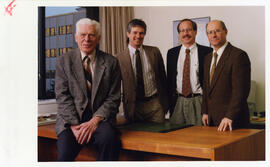 Image of the University of Alberta's analytical chemists. Photograph taken for University of Alberta New Trail article "Chain reaction: One man's longtime dedication to the study of analytical chemistry continues to reap awards", regarding the three men from the same faculty each receiving major international scientific awards within seven days. These three men: Harrison, Dovichi and Horlick, all gave credit to Harris' work in Analytical Chemistry education. 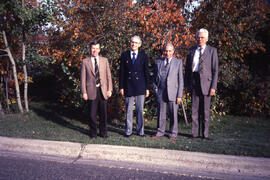 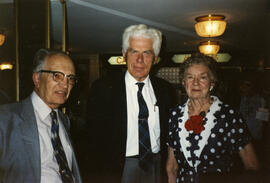 Image of Ewing Galen, Walter and Phyllis Harris taken during the "Symposium in Honour of W.E. Harris [50 years of service to analytical chemistry] : Analytical Chemistry- its Role in Socio-Economic Development" that was organized by National Water Quality Laboratory and Research Applications Branch of National Water Research, Burlington, Ontario as well as Water Resources Branch and Ontario Ministry of Environment Toronto, Ontario. It was the third chemical congress of North America combining the meeting of the American Chemical Society, Canadian Chemical Conference and Sociedad Quimica de Mexico held June 5-10, 1988. 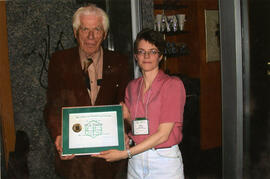 Karen Waldron presenting Harris with the Honorary Fellow plaque at the Canadian Society for Chemistry Conference held June 2005 in Saskatoon. 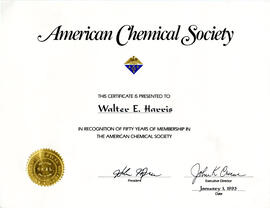 Fifty Years of Membership in the American Chemical Society 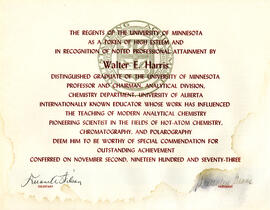 The outstanding achievement award is given to former graduates of the University of Minnesota who have attained distinction in their area of study and demonstrated outstanding leadership. It was earned by Harris for his influential work in teaching analytical chemistry and research work in hot-atom chemistry, chromatography and polarography. This certificate was awarded at the 36th Annual meeting of the Institute of Technology Alumni Association on November 2, 1973. Harris accepting the Honorary Degree of Doctor of Science from CT Boyle, May 29, 1987. 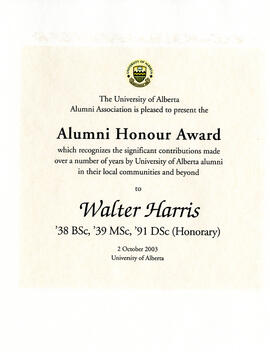 Walter Harris' Alumni Honour Award which reads that it "recognizes the significant contributions made over a number of years by University of Alberta alumni in their local communities and beyond". 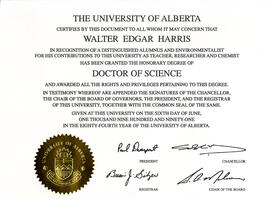 Honorary Degree of Doctor of Science

The University of Alberta's Honorary Degree of Doctor of Science presented to Harris on June 6, 1991 at 81st annual convocation. 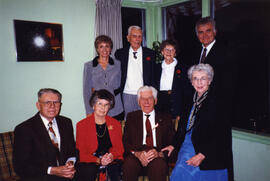 Harris with Family and Friends

Harris wearing his Order of Canada medal surrounded by family and friends on November 7, 1988. The "family show and tell" celebration was organized by Harris' daughter Margaret in honour of him becoming a member of the Order of Canada. 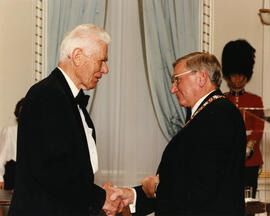 Investiture of the Order of Canada

Harris shaking hands with Sargent Christian Coulombe at the Investiture of the Order of Canada. 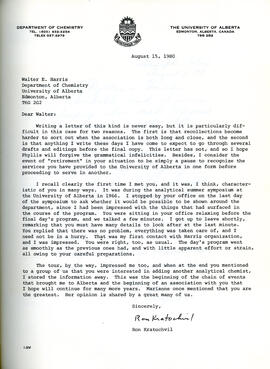 Letter from Ron Kratochvil on the occasion of Harris's retirement, dated August 15, 1980. 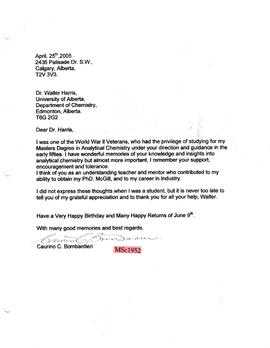 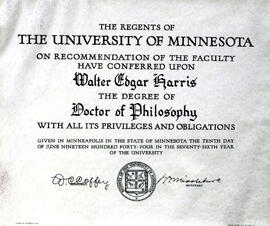 Degree of Doctor of Philosophy

Harris's Degree of Doctor of Philosophy from the University of Minnesota, dated June 10, 1944.

Harris's "Certified Instructor Gas and Bomb Defense" card. The University of Minnesota required that chemistry graduate students become certified instructors in gas and bomb defense in case the US was attacked.