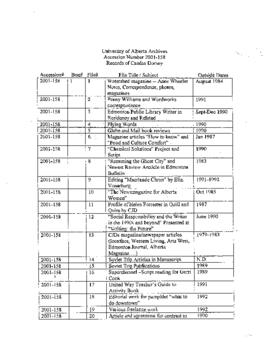 Material derives from the publishing endeavors such as the Edmonton Bullet , the Edmonton Chapter of the Periodical Writers Association of Canada and others. 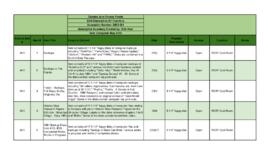