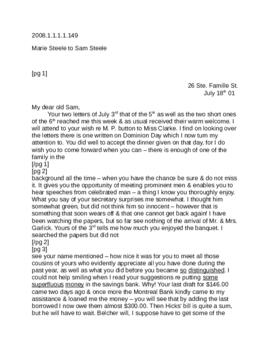 Includes an attached letter from R. Baden-Powell dated June 8, 1901 and a letter he is returning to SBS from Colonel Worsley.

Correspondence, re: establishing Canadian participation in SAC. Two letters; one hand-written and one typed.

Memos; applications for duty; general matters including brief reports with attached correspondence; and a letter from R. Baden-Powell informing of his new appointment which will take him away from SAC, as well as his recommendation about Steele made to Lord Kitchener.