Fonds consists of records pertaining to the National Research Council.

Associtate Committee on Grain Research on the National Research Council of Canada. Silver Jubilee. Addresses presented at a dinner meeting in commemoration of the twenty-fifth anniversary of the founding of the committee and in honour of Dr. Robert Newton. 1951-02-20 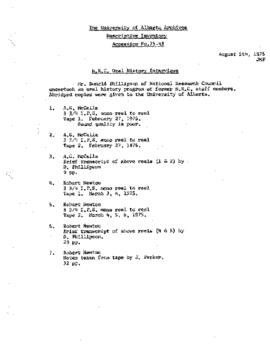 Books by William Harrison Cook: "My Fifty Years with NRC, 1924-1974" and "Inside Palliser's Triangle"