Consists of interviews conducted by Mr. Parker relating to the University of Alberta and the oil sands.

The James M. Parker fonds consists of 85 black and white photographs and one metre of textual material documenting the professional activities and historical research interests of James M. Parker.

Consists predominantly of photographs collected by Parker during his lifelong interest in the history of oil sand development. 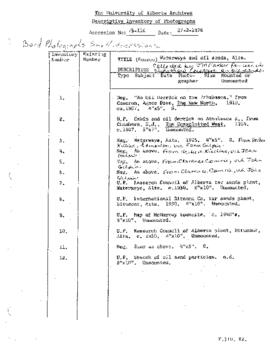 Photographs of Fort Chipewyan (with identification on back)

Photograph of Map of Fort McMurray area, showing lots, Horse River Reserve, Abasand plant site and waterways. This was printed in "Boom and Bust, Bust and Boom: Fort McMurray and M.I. Waterways", by Edgar D. Cooke, in "The Land of Peter Pond", ed. by J. Chalmers

List of articles dealing with "the history of Medicine in Western Canada" from "The Historical Bulletin", compiled by J.M. Parker

Interview of Mary Sheppard, daughter of Karl Clark, and friends - by J.M. Parker 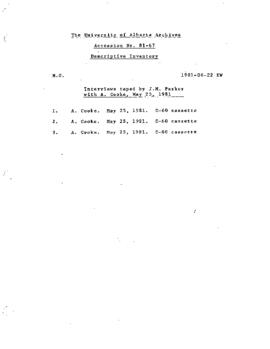 Interview of A. Cooke, by J.M. Parker 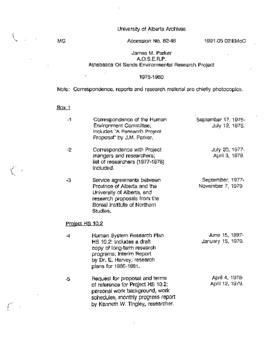 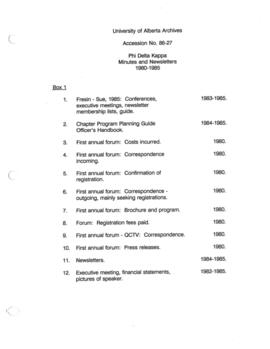