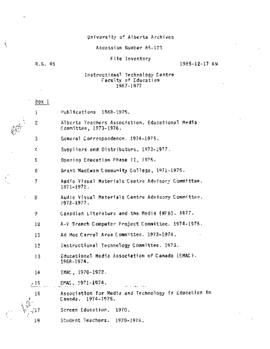 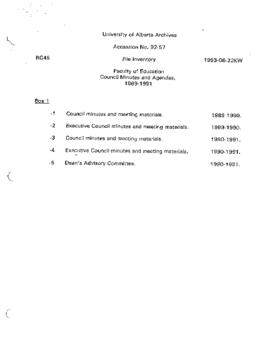 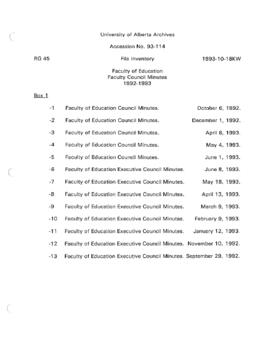 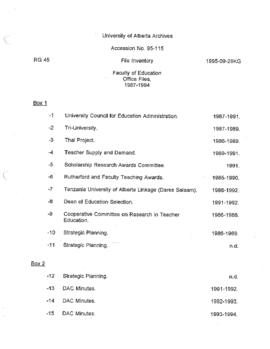 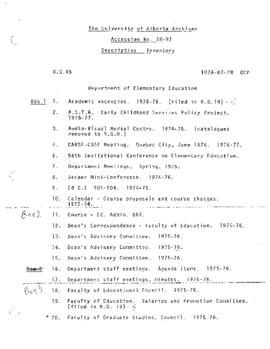 Educator, Administrator, 1885-1975. Milton E. LaZerte worked as a teacher, principal and school inspector in Alberta before joining the University as a lecturer in the Department of Philosophy, Psychology and Education (1924-1933). Upon the creation of the School of Education in 1929, he was appointed associate professor and Director of the School. He headed the School under its reorganizations as a College (1943) and Faculty (1945), and was named Professor Emeritus upon his retirement as Dean in 1950. He continued to be active in the educational field, as Dean of Education at the University of Winnipeg from 1955 to 1958, and in his work for numerous professional associations. In addition, he held office on Edmonton's City Council (1960-1962) and Public School Board (1962-1971).

Educator, Administrator, 1907- . H.T. Coutts joined the University in 1949 as a professor in secondary education. In 1950 he was named Chair of the Division of Secondary Education; in 1955 he was appointed Dean of Education, a position he held until his retirement in 1972. As Dean, Dr. Coutts expanded the Faculty of Education to include programs in industrial and vocational education, administration and graduate studies. He was also active in international education, in particular, Asian and African programs conducted jointly by the Canadian International Development Agency and the University. He has received awards from educational associations across Canada, and the Order of Canada for his contributions to education.

Educator, Administrator, Teacher, 1890-1969. After a varied teaching career in Saskatchewan and Alberta, Herbert E. Smith was appointed assistant professor of Philosophy at the University in 1929. Following a wartime leave of absence, he served as Director of Summer Session (1945-1949). In 1949 he was granted a full professorship, and from 1950 until his retirement in 1955 he was Dean of the Faculty of Education. He also taught as a special lecturer in Psychology from 1935 to 1950. Under his deanship, the education faculty expanded its teaching program to become a centre for graduate study and research.

He was made an officer of the Order of Canada in 1990 and received seven more honorary doctorate degrees. The University of Alberta campus features The Myer Horowitiz Theatre in his honour.