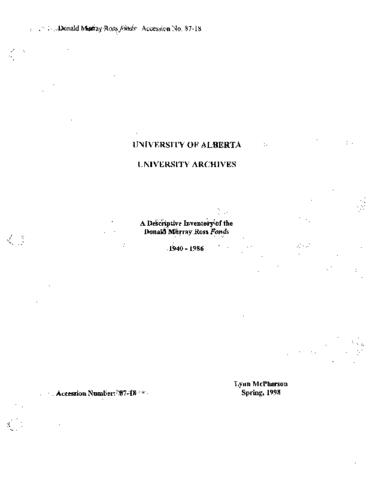 Zoologist, Marine biologist, 1914-1986. Donald M. Ross came from Cambridge University in 1961 to join the University as professor and head of the Department of Zoology. In 1964 he was named Dean of Science, a position he held until 1976. He retired as Professor Emeritus in 1979. A marine biologist, his research focused on the biological behaviour of marine animals and colour changes in fish. He was instrumental in the establishment of Bamfield Marine Research Station on Vancouver Island in 1970. His films of marine animal behaviour have been shown at universities throughout the world.