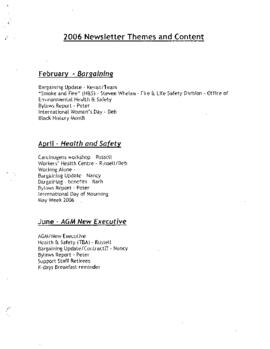 David John Hall was born in Vancouver, British Columbia, Canada on August 22, 1943 to parents Edward George Hall and Florence Margaret Walker. After finishing Grade 5, he moved to Calgary, Alberta where he completed his primary education at William Aberhart High School in 1961. He earned a Bachelor of Arts (Hons.) from the University of Alberta at Calgary in 1965 and a subsequent Master of Arts from the University of Toronto in 1966. Continuing at the University of Toronto, he graduated with his Ph.D. in 1973. During this time he married his first wife, Ann Sutherland Forbes, and remained married until her passing in 2001. They have one son together named James Edward Hall. David was remarried to Adeline Gabrial in 2004.

Dr. Hall was appointed as Summer School Lecturer at the University of Calgary in 1968 before beginning his employment with the University of Alberta’s Department of History and Classics the following year, where he worked as Lecturer and then Professor until his retirement in 2004. During his time at the University of Alberta, Dr. Hall also held various administrative positions, serving as Department Chair and Acting Associate Dean of Arts (Social Sciences and Interdisciplinary Studies). His other scholarly activities include various conference participation, manuscript assessment, consulting work, and committee memberships.

Outside of the University of Alberta, Dr. Hall has contributed to several other institutions. He maintained an active role in many public and professional activities and held various administrative positions in national and international organizations. Between 1992 and 2004 Dr. Hall acted as a Board of Trustees Member for what is now Taylor University College and Edmonton Baptist College before then going on to serve as Acting Academic Vice President for Taylor University College in 2008. From 2000 to 2006, Dr. Hall was also a Senate Member for The King’s University College. He has also delivered a number of talks, interviews, and reviews for newspapers and other media.

Dr. Hall is the recipient of the J.W. Dafoe Prize for his Sifton, vol. 2 biography. Since retiring from the University of Alberta in 2004, Dr. Hall went on to perform some post-retirement teaching for ELLA (Edmonton Life-Long Learners Association) until 2011 and continues to be involved in ongoing research.