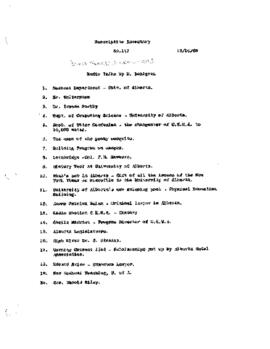 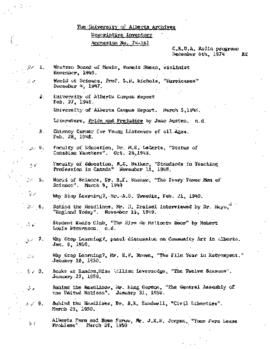 CKUA Radio was established by the University under the Department of Extension in 1927, to provide educational and non- commercial radio broadcasting to the people of Alberta. In 1945 it was sold to Alberta Government Telephones, and in 1974 it became part of the Alberta Educational Communications Corporation (ACCESS). The University has continued its close association with CKUA.