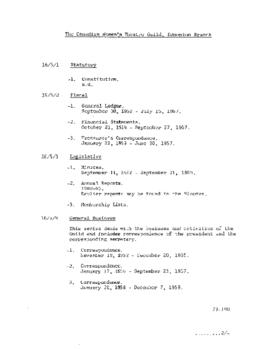 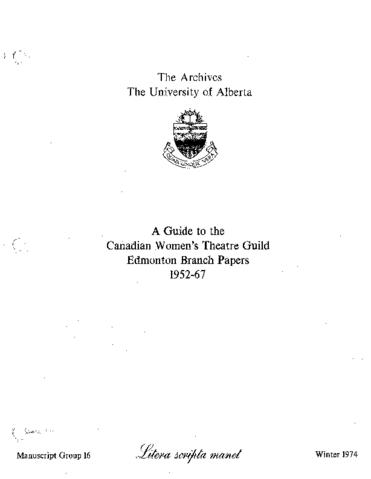 Founded in 1952 by Elizabeth Sterling Haynes, the Guild raised funds to support studio, children's and professional theatre in Edmonton. A memorial scholarship was founded by the Guild in Mrs. Haynes' honour at the time of her death in 1955. From 1955 to 1964 the Guild sponsored an annual production of the 'Canadian Players.' As independent theatre grew rapidly in the 1960s, interest in the Guild's activities declined. It closed its books in 1967.