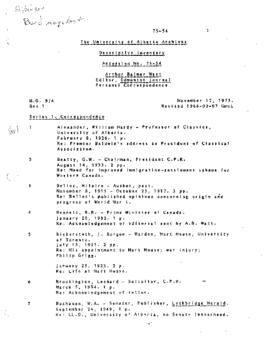 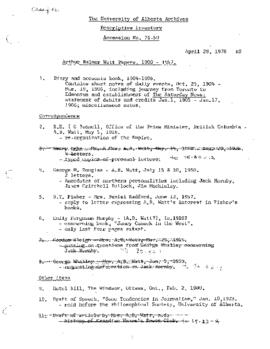 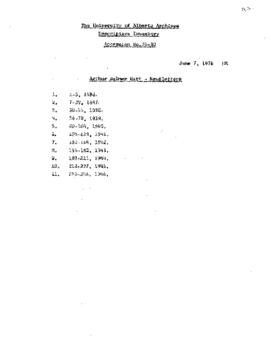 Journalist, 1876-1964. After working as a reporter for various Ontario newspapers, A.B. Watt moved to Alberta in 1905. He established and published several local papers: the Edmonton Saturday News, the Edmonton Capital, and Alberta Homestead. He joined the Edmonton Journal as associate editor in 1912 and was editor from 1921 to 1945. During his tenure, under publisher John Imrie, the Journal won the Pulitzer Prize (1938) for its reporting of the early Social Credit government's legislation, especially the Alberta Press Act. Mr. Watt was a supporter of Edmonton theatre groups, president of the Alberta and Eastern B.C. Press Association (1907-1908), and president of the Edmonton Canadian Club (1932-1933). He was the husband of Gertrude Balmer Watt and father of Frederick Balmer Watt, both authors and journalists.