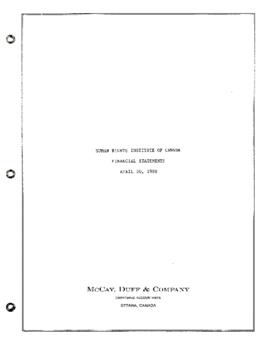 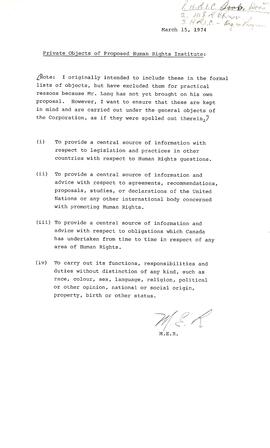 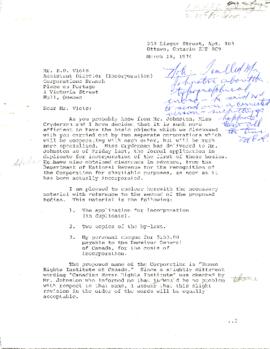 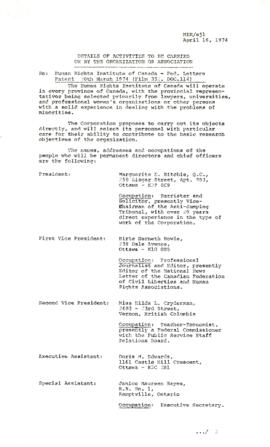 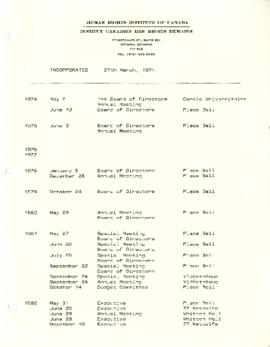 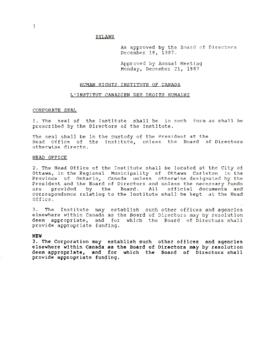 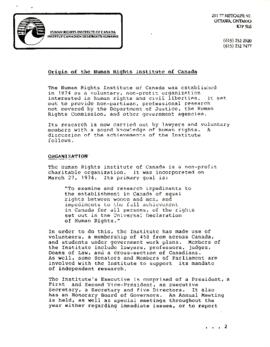 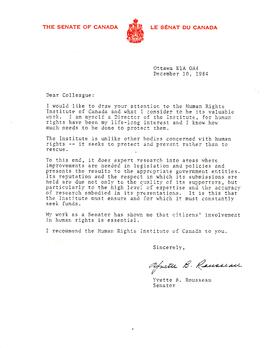 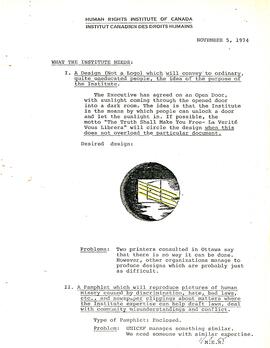 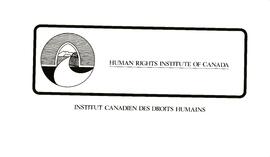 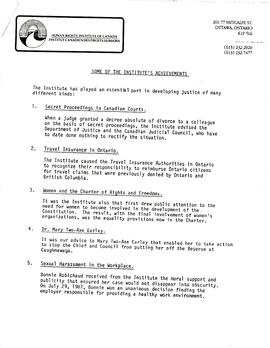 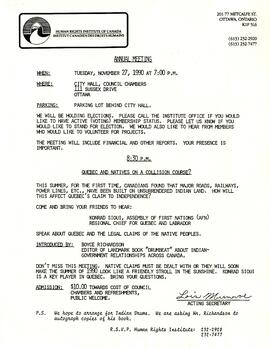 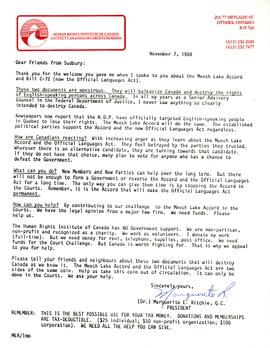 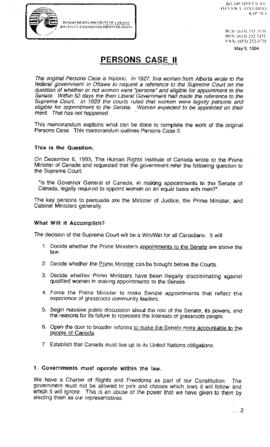 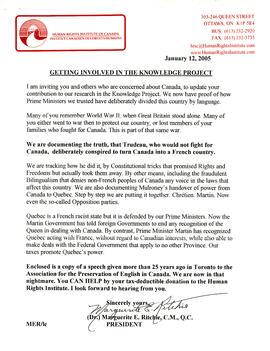 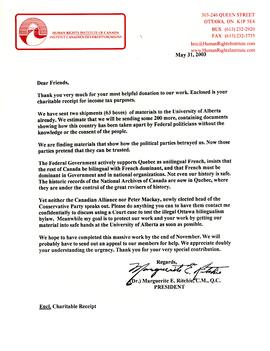 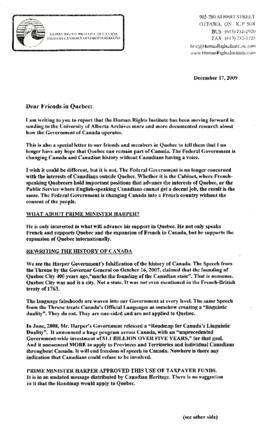 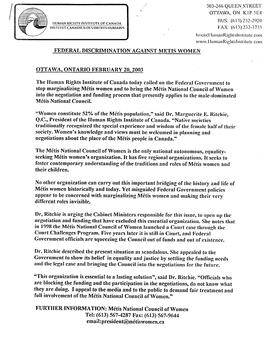 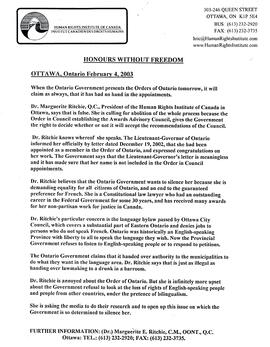 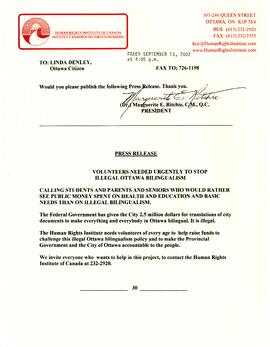 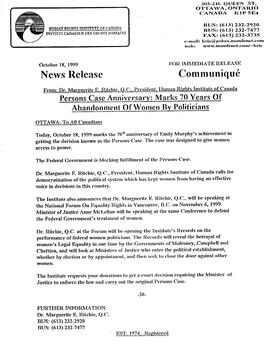 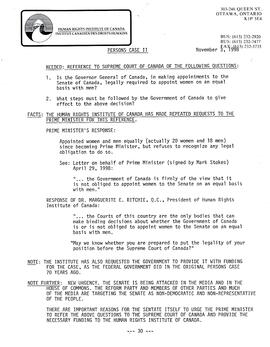 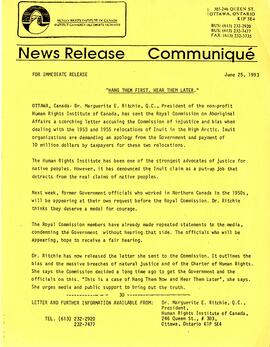 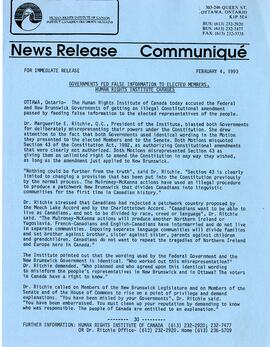 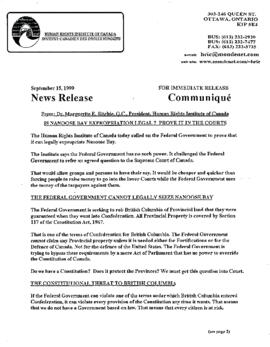 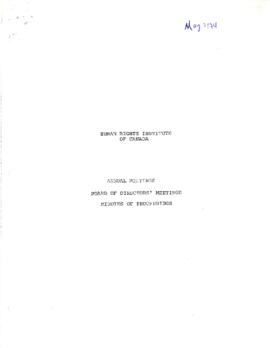 The Human Rights Institute of Canada Administration series consists of 11 subseries arranged by function or type, based on supplied subject titles. Materials were created between 1953 and 2011, and also includes research materials dating from 1927. This series contains documentation following the foundation of the HRI in 1974 and any changes made in its goals, regulations, volunteers, and Board of Directors. It also documents members, supporters, funding, and media relations, along with a general record of all chronological correspondence sent out by the HRI. After founding the institute in 1974, Marguerite Ritchie worked at the HRI part time as a passion project until her retirement from the federal government in 1979 when she began donating her time and expertise to the HRI full time. This series has high level documents regarding the work the HRI conducted and how the HRI functioned as an institute.

This series pertains to all organizational aspects of the HRI from key members and volunteers to bylaws, funding and grant proposals, annual meetings, and budgets. HRI credentials of incorporation and charitable registration are also included, along with government research contracts. The HRI also kept track of the work of other human rights organizations in Canada and their efforts to promote human rights. General support for the HRI by the public and various public figures and politicians as well as requests for support and aid from individuals are also found in this series.